Giordano’s is open for business during the “stay at home” order. You can place an order using our No-Contact Delivery or Curbside Pickup services.

(Dine-In and Carry Out Only) 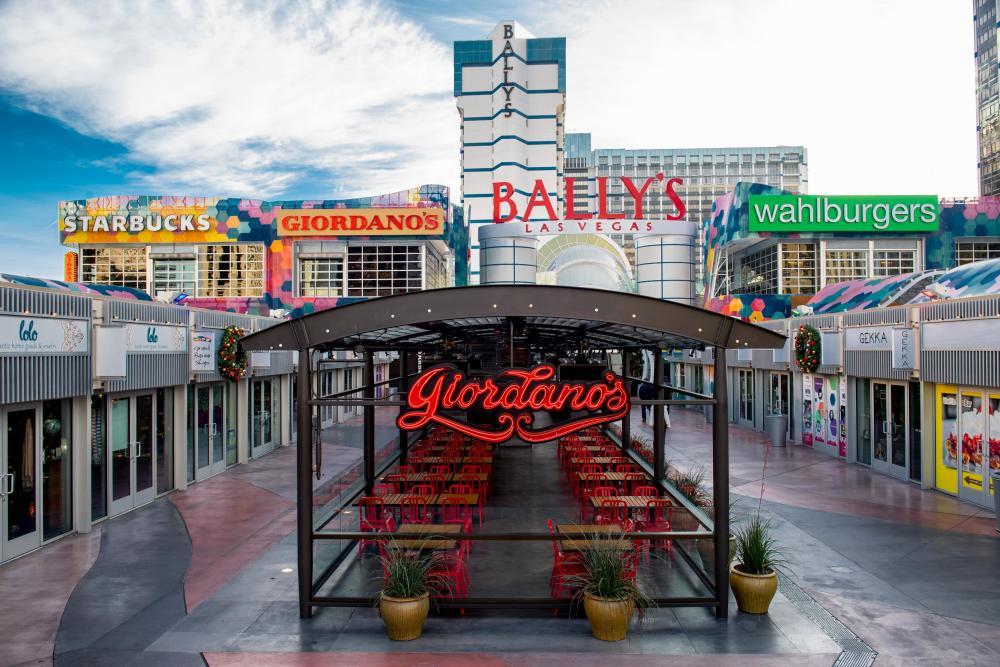 Delivery not available at this location

Who says you have to settle for so-so pizza because you’re in Vegas? Since 1974, Giordano’s has served the best Chicago-style pizza anywhere in the world, and now you can enjoy our world famous Italian Easter pie right here on the Strip. You’ll remember every bite you take when you eat at Giordano’s, because we handcraft every stuffed pie using the very best ingredients. Try the Wisconsin mozzarella that’s made especially for us, and the pie-like crust we slow bake to perfection. Let your mouth water over our fresh and flavorful toppings, and incredibly zesty sauce! When it comes to the best pizza place on the Strip, nobody beats Giordano’s, located at Grand Bazaar Shops at Bally’s.

Other people may just think of Las Vegas as just casinos and a place to have a bachelor or bachelorette party. Our Giordano's location in Las Vegas, NV, knows this town is more than just that. It's the place you call home.

In 1821, a trading party was traveling to Los Angeles and stopped for water in the area. The name Las Vegas came from a member of this group, Rafael Rivera. "Las Vegas" means "The Meadows" in Spanish. The area would have this name long before it was built up as a city.

In 1902, because of a railroad that connected Los Angeles to Salt Lake City, many young men moved to the area. Then, in 1911, the city of Las Vegas was officially incorporated. Work on the Hoover Dam in 1931 again brought many young male workers to the community in 1931.

Eventually, the Mafia began building theaters and casinos in the area to entertain the young workers. Available electricity from the new dam was used to build hotels. The arrival of Howard Hughes in 1966 lessened the influence of the Mafia on the city.

There's much more to do in Las Vegas aside from visiting the casinos. In fact, there are tons of things to do that the entire family will love. A few favorite destinations include:

The Italian Classics You Crave in a Location You'll Love
You’ll taste the difference in every bite because our Las Vegas location uses the same old-world techniques invented by Mama Giordano decades ago. It takes 6 craftsmen to construct just one stuffed pizza pie! And if you’re not in the mood for pizza, explore our full menu, which features all the Italian classics you love. From hearty sandwiches and zesty pastas to crisp salads, savory apps and the sweetest desserts, there is something for everyone to love at Giordano’s. We even have gluten-free options, too.

Dine In or Carry Out
Giordano’s on the Strip makes it easy to get your pizza pie fix. Stop by our restaurant with bar service and relax Chicago-style, or ask for carry out and order the best pizza in Las Vegas. Planning a party? You can also book our private room!